After passing the bar on his first attempt, he opened the Law Office of Joseph Hoffman in January 1995. Joseph and Sheri, who met in college, married in 1996 and together formed the Law Offices of Hoffman & Hoffman.

Joseph is a Certified Family Law Specialist, but even after obtaining his specialization, he continues to practice in other areas of law including Business Law, Real Estate Law, Personal Injury, and Estate Planning. Joseph is also a member of Wealth Counsel.

By maintaining a diverse practice, Hoffman & Hoffman has been able to assist clients in many different facets of their everyday lives. As a client, it is reassuring to know you have an attorney who will always be there to handle any issues that arise.

When Joseph is not working he can be found serving as an assistant varsity girls basketball coach at Oak Ridge High School. 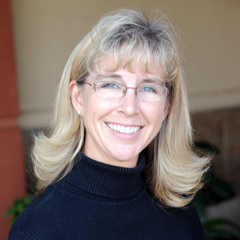 Sheri Hoffman attended UC Davis from 1987 to 1991, where she graduated with a Bachelor of Arts in Political Science. She then attended Golden Gate University School of Law in San Francisco from 1991-1994, where she graduated Law School as a member of the Golden Gate University School of Law’s Dean’s List. Sheri passed the bar on her first attempt.

After marrying Joseph in 1996, they formed the Law Offices of Hoffman & Hoffman. Sheri is a Certified Estate Planning Specialist and a member of Wealth Counsel. Sheri’s practice includes all elements necessary to draft a comprehensive estate plan, regardless of the size of your estate. She is proficient in handling all estate and trust administration after a loved one passes away, whether large or small. Sheri’s practice also includes service in the areas of conservatorships and guardianships.

Outside the office, Sheri enjoys travelling, golfing, and spending time outdoors with her family and friends. Sheri and Joe have a daughter and son who are both in colleges out of state. When visiting their kids, the family enjoys exploring the areas surrounding each of the college campuses. 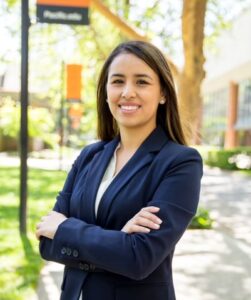 Crystal Viruet is an associate attorney who joined Hoffman & Hoffman in 2020. Her practice areas include Guardianships, Conservatorships, Estate planning, Estate and Trust Administration, and Family Law.

Crystal received her Bachelor of Science in Criminal Justice with a minor in Sociology from California State University, Sacramento in 2014. After graduating, she worked for an adoption agency, where she gained interest in the guardianship process. She then attended University of the Pacific, McGeorge School of Law in Sacramento from 2016 to 2019. While at McGeorge, Crystal was a student member of the Anthony M. Kennedy Inn of Court and worked as a student attorney and interpreter in the Elder & Health Law Clinic and the Immigration Clinic. In 2019, University of the Pacific recognized Crystal as a Student Honoree for the Champion of Diversity & Inclusion award.

During her free time, Crystal enjoys spending time with her fiancé, family, friends, and her dog, James. She also enjoys practicing yoga and spending time at the beach.

A graduate of Argonaut Business College for court reporting, Jennifer joined Hoffman and Hoffman in 2019 as the Family Law paralegal. Prior to joining the Hoffman team, Jennifer worked for Placer Superior Court as a court clerk.

During her free time, Jennifer enjoys spending time with her husband, two children, pets, and the outdoors.

Alyssa joined the Law Offices of Hoffman and Hoffman in August 2018 as the receptionist. Her diligent work ethic and personal interaction with clients make her an invaluable asset to the firm.

During her spare time, Alyssa likes going to Disneyland and spending time with her husband and daughter.

Thinking of getting a consultation? Do you have questions? We’re here to help.